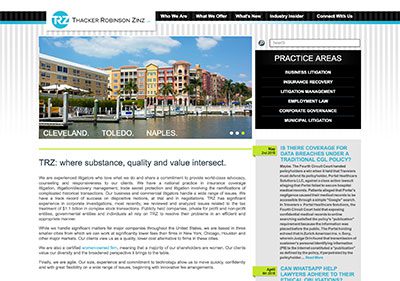 Let there be light.

The previous site was built on a proprietary CMS and the client was frustrated with its use. As a result, the site was infrequently updated. This made the site and firm look dated and a new backend and design were developed. Previously the site was dark with light text, with the new design we made it the opposite. A light design with clearly contrasting type and complimentary colors bringing vibrant color pops carrying the user’s eye around the site.

The site was built responsive long before Google started ranking sites based on those parameters. The client was pleasantly surprised when we told them that their site was above the curve when the news broke on mainstream media.